Acción Andina’s second water fund, Fondo de Manejo de Páramos y Lucha Contra La Pobreza de Tungurahua (FMPLPT), was created in 2008 by the Indigenous and Farmer Movements of Tungurahua in central Ecuador. It aims to restore and conserve the páramos — an Andean moorland ecosystem — for water security and to counteract poverty Since ancient times, Tungurahua, now one of Ecuador’s most densely populated provinces, has been inhabited by indigenous and farmer cultures that rely on natural resources to survive, and, of which over 90 percent live in poverty.

The Fund’s water-related objectives emphasize the importance of conserving the páramos and recovering lands degraded by intensive grazing, farming, and reforestation with non-native tree species. The Kiwicha highland indigenous community members, especially women, play a key active role in the design, execution, monitoring, and evaluation of the water management plans. Páramos conservation projects financed by the Tungurahua Fund provide water for approximately 600,000 people in the province and have raised the income of more than 15,000 local families by 30%. 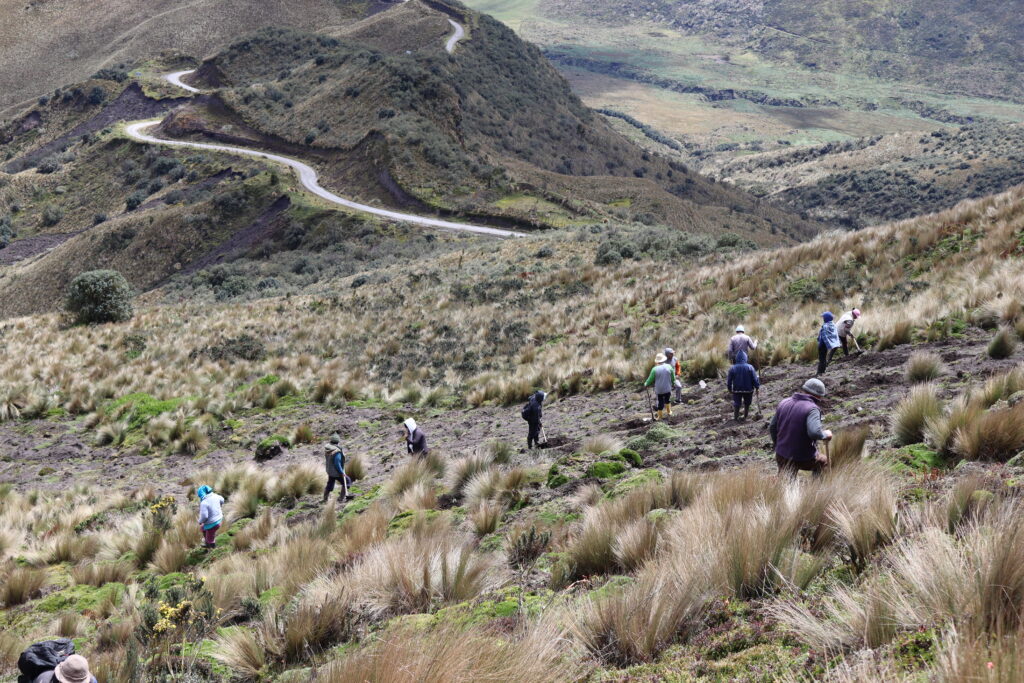 Ricardo, Director of the Conservation and Reforestation of the Sierras de Córdoba project, is a biologist with over two decades of experience as an ecologist and reforester. A keen mountaineer and a member of the Córdoba Andean Club, Ricardo is passionate about learning about the native forests of Argentina, including collecting specimen seeds to ensure the survival of native tree species.

BIRD’S EYE VIEW OF
OUR PROJECTS ON EXPLORER.LAND (BETA)

We’re currently developing a high-resolution, satellite-based mapping platform with explorer.land. It will provide a bird’s eye view of of our projects, showing existing forest, reforestation sites, and nurseries while presenting relevant information about these areas. Information is currently in beta.